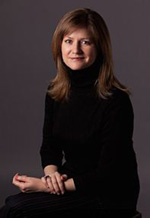 Alyssa Ayres joined McLarty Associates, the Washington-based international strategic advisory firm, as director for India and South Asia in 2008 after serving in the US Department of State as special assistant to the Under Secretary for Political Affairs.  Previously, Dr. Ayres was at the Center for the Advanced Study of India at the University of Pennsylvania, and before that the Asia Society in New York.

A cultural historian of modern South Asia, Dr. Ayres has carried out research in India, Pakistan, and Indonesia.  Her book on nationalism in Pakistan, Speaking Like a State, was recently published by Cambridge University Press.  As project director of the Asia Society’s Task Force on US Policy toward India, she was the primary author of its 2009 report, Delivering on the Promise: Advancing US Relations with India.  Her essays have appeared in the Wall Street Journal, Journal of Asian Studies, Current History, and World Policy Journal, among others. In addition, she co-edited the two most recent India Briefing volumes published by Asia Society.