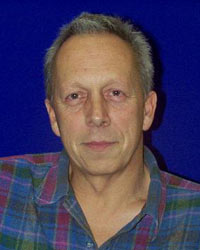 Barrie Axford is Professor Emeritus in politics in the School of Social Sciences at Oxford Brookes University, where he was founding Director of the Centre for Global Politics Economy and Society (GPES). He is interested in global theory, processes of globalization, and the framing of politics by digital media. His books include The Global System (1996); Theories of Globalization (2013); The World-Making Power of New Media: Mere Connection? (2018) and 3 co-authored editions of Politics: An Introduction. He has recently co-edited Rethinking Ideology in the Age of Global Discontent, with Gulmez.B and Gulmez, D (2018) and Political Sociologies of the Cultural Encounter, with Brisbourne, A, Halperin, S and Lueders, C (2020). Currently, he is guest editor for a Special Forum of the journal Globalizations on Is an Integrated Theory of Globalization Possible, and is it Desirable? and guest co-editor (with Manfred Steger) of the forthcoming 2021 volume of the journal Protosociology, on Populism and Globalization. His work has been translated into several languages. He is starting work on a book about the indifferent globality of viruses, BIg Data and A.I.

Populism Versus the New Globalization
New Media and Politics