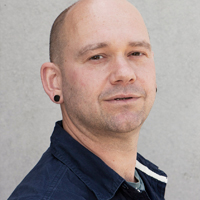 Ben Bradford is a Departmental Lecturer in Criminology at the Centre for Criminology, University of Oxford and an Associate Research Fellow at St Hilda’s College. His research revolves around public perceptions of, and reactions to, police and other criminal justice actors, with a particular emphasis on issues of trust, legitimacy, cooperation and compliance. The role social identity plays in all these processes is a particular current interest. Ben has worked on a number of cross-national and comparative research projects investigating such issues – most recently, an ESRC funded-project entitled Legal Norms and Crime Control: A Comparative, Cross-National Analysis. He also has an interest in aspects of operational policing, particularly ‘public-facing’ police activity such as community patrol, public order policing and stop and search. Ben has authored or co-authored over 45 journal articles and book chapters, and with Jonathan Jackson, Katrin Hohl and Betsy Stanko a book: Just Authority: Trust in the  Police in England and Wales.

The SAGE Handbook of Global Policing