Author
Due to global supply chain disruptions, we recommend ordering print titles early.
SAGE online ordering services will be unavailable due to system maintenance on June 26th at 8:30 pm Pacific / 11:30 pm Eastern for 30 mintues. Thank you for your patience and we apologize for the inconvenience. 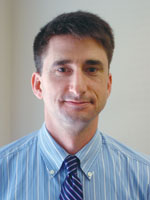 David Chadwell is the coordinator for Single-Gender Initiatives within the South Carolina Department of Education. He works with schools across the state at all stages of implementing single-gender programs. He is also a consultant to principals across the country as they work to create single-gender programs and train their teachers. His comments on single-gender education have appeared in multiple media sources, including MSNBC, ABCNews Online, New York Times Magazine, Education Week, Education Next, USA Today, National Association of Elementary School Principals, and multiple state and local newspapers. In 2004 he helped start the first all-day middle school single-gender program in South Carolina. His career in education has taken him from a private Quaker school in Philadelphia, PA, to an international school in Tianjin, China, to public schools in Columbia, SC. He received his master’s degree in teaching from the University of South Carolina and his master’s degree in philosophy and social policy from The American University.
A Gendered Choice