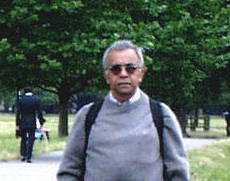 Donald Robotham was educated at the University of the West Indies and obtained his PhD from the University of Chicago in 1987. He has worked extensively in the English-speaking Caribbean as well as among the goldminers of Ghana in West Africa. His interests are in the issues of Development in both the Caribbean and Ghana, in particular, the difficulties which Developing Countries face during a period of advanced capitalist globalization. Issues of race, ethnicity, class, alternative modernities, immigration and how to overcome these divisions and unite people, preoccupy him. He is particularly critical of the concepts of Postcolonialism and Postmodernism which he argues have privileged difference over commonality. He argues that these perspectives have allowed Anthropology to evade the difficult theoretical and practical alternatives which Developing Countries actually face in reality and helped to marginalize Anthropology from public policy and debate. His work is also highly critical of what he perceives to be critiques of globalization and development from a romantic localist perspective. Strongly influenced by Hegelianism, his work argues that the contradictions of globalization cannot be overcome by a 'return' to a mythical communalism. On the contrary, one has to seek for theories which attempt to supersede the actually existing forms of globalization with forms which unite peoples internationally on an equal footing. Currently, Professor Robotham is working on how the issues of crime and violence among young people in urban Jamaica have arisen and are understood in the particularly severe context of global economic\political constraints and rapid cultural change.
Culture, Society, Economy