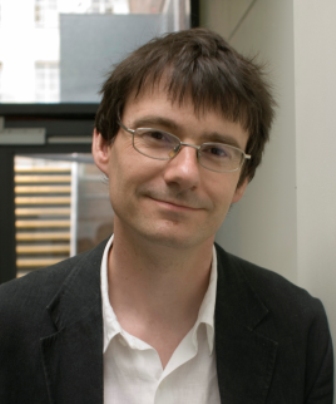 Gordon Lynch is Professor in the Sociology of Religion in the Faculty of Lifelong Learning at Birkbeck College. He joined Birkbeck from the University of Birmingham in May 2007, where he had been Senior Lecturer in Religion and Culture. Professor Lynch's work focuses on the relationship between religion and culture, and contemporary religious movements, in the West. He was employed as a consultant to help to draw up the research priorities for the AHRC/ESRC Religion and Society research programme, the largest research programme on religion to have been commissioned in the UK, and continues to serve on the steering group for that programme. He is also a member of the ESRC's Virtual College, representing work in the field of the sociology of religion. Professor Lynch is the chair of the British Sociological Association's Sociology of Religion study group. He is has also been the co-founder and lead convenor of the UK research network for Theology, Religion and Popular Culture, and is co-chair of the Religion, Media and Culture Group within the American Academy of Religion. In addition to his academic work, Professor Lynch also writes and speaks on issues of religion and contemporary society in various media, and is a regular speaker at conferences and workshops exploring issues of contemporary spirituality. Professor Lynch's original doctoral study explored the relationship between belief, values and psychotherapy, and he subsequently trained as a psychodynamic counsellor. His early writing discussed theoretical and ethical issues in counselling and psychotherapy, and he edited Clinical Counselling in Pastoral Settings (Routledge, 1999). On starting his academic appointment at Birmingham in 1999, his interests moved more towards sociological and cultural approaches to studying significant sources of meaning and value for people living in an increasingly de-Christianised Western society. This led him to write After Religion: Generation X and the Search for Meaning (DLT, 2002), a critical examination of an emerging literature on the spirituality of young adults, alienated from institutional religion. In turn, this project led to more detailed research on significant values and meanings amongst participants in the mainstream techno and hard-house club scene, as well as a subsequent book exploring theological and religious studies approaches to researching media and popular culture (Understanding Theology and Popular Culture, Blackwell, 2005). He has has developed an international profile in the field of religion, media and culture, and recently edited of collection of leading essays exploring key issues for the future of this field (Between Sacred and Profane: Researching Religion and Popular Culture, IB Tauris, 2007). His interest in sources of meaning and value in contemporary Western society also led him to explore a growing literature suggesting that there is a significant spiritual movement taking place outside the conventional spaces and boundaries of institutional religion. This project, published as The New Spirituality: An Introduction to Progressive Belief in the Twenty-First Century (IB Tauris, 2007) led Lynch to conclude that this 'spirituality' did not at present involve substantial numbers of people, nor was it confined to a world of alternative spiritualities beyond institutional religion, but that it was an ideological movement that cut across and beyond a range of religious traditions and represented a contemporary extension of a more established movement of religious liberalism in the West. At a time in which popular and media discourse about religion often presents the polarised alternatives of conservative/fundamentalist religion or atheism/secularism, Professor Lynch has been keen to argue that this alternative movement of the religious Left should not be ignored as a possible source of ideas and practices for the future.
Pastoral Care & Counselling