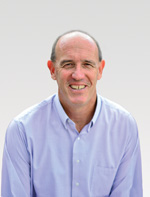 Grant Lichtman is an internationally recognized thought leader in the drive to transform K-12 education.  He speaks, writes, and works with fellow educators to build capacity and comfort with innovation in response to a rapidly changing world. Since 2012, he has worked with nearly 200 school and community teams in both public and private schools, helping them to develop their imagination of schools of the future, and their places in that future. He is the author of three previous books, Moving the Rock: Seven Levers WE Can Press to Change Education; #EdJourney: A Roadmap to the Future of Education; and The Falconer: What We Wish We Had Learned in School.

For fifteen years Grant was a senior administrator at one of the largest and oldest K-12 independent schools in California with responsibilities that included business, finance, operations, technology, development, campus construction, and global studies.  Before working in education, he directed business ventures in the oil and gas industry in the former Soviet Union, South America, and the U.S. Gulf Coast. He worked close to center stage in the economic and political transformation of the USSR, the end of the Cold War, and the historic opening of that communist-dominated economy to the outside world.

Grant graduated from Stanford University with a BS and MS in geology in 1980 and studied the deep ocean basins of the Atlantic and Pacific Oceans and the Bering Sea. He and his wife, Julie, live in Poway, California. They have two grown children, Josh and Cassidy, who are doing great things to help improve our world.