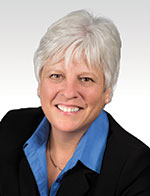 Trish Hatch, Ph.D., retired as a professor at San Diego State University (SDSU) in August of 2019 and was recently awarded Professor Emeritus status. During her tenure, Dr. Hatch served as Director of the School Counseling Program from 2004-2015 and as Executive Director of SDSU’s Center for Excellence in School Counseling and Leadership.

She is the best-selling author of The Use of Data in School Counseling (2013) and co-author of Evidence-Based School Counseling: Making a Difference with Data-Driven Practices (Dimmitt, Carey, and Hatch, 2007) and the ASCA National Model: A Framework for School Counseling Programs (ASCA, 2003, 2005). These books, as well as the three most recent collaborative texts that focus on implementing elementary and secondary school counseling programs, are used throughout the world in the preparation and professional development of school counselors.

Trish recently self-published Pilots, Passengers, Prisoners and Hijackers: An Educator’s Guide to Handling Difficult People While Moving Forward (2018), a book derived from nearly 20 years of workshops and keynote speeches she’d given on the topic.

Regarded within the profession as an advocate and national leader, Dr. Hatch served as a consultant and advisor on school counseling and educational issues for the White House and the U.S. Department of Education under the Obama administration. In 2014, she co-led the organization and planning of the second “invitation-only” White House Convening on School Counseling at SDSU.

As President and CEO of Hatching Results, LLC, Dr. Hatch leads a team of award-winning school counseling professionals who provide training and consultation to school districts across the country.