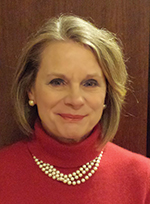 Kathleen Fulton is a writer and education consultant specializing in teaching quality and technology.  She served as Director, Reinventing Schools for the 21st Century, at the National Commission on Teaching and America’s Future (NCTAF) for ten years.  Before joining NCTAF, Ms. Fulton was Project Director for the Congressional Web-based Education Commission and lead author of their report The Power of the Internet for Learning.  She spent four years as Associate Director of the Center for Learning and Educational Technology at the University of Maryland, and worked for ten years as a policy analyst for the U.S. Congressional Office of Technology Assessment (OTA). At OTA she was the Project Director responsible for several major education reports, including  Education and Technology: Future Visions, and Teachers and Technology: Making the Connection.

Since her retirement from NCTAF, Fulton has been consulting with a range of clients, including the State Education Technology Directors Association, the U.S. Department of State, the University of Colorado at Denver, the National Council of Teachers of English, and the Byron School District in Minnesota.  Her current work focuses on “flipped classrooms” and she has written articles on this topic published in the Phi Delta Kappan ,T.H.E. Journal, Learning and Leading with Technology,  and School Administrator.  She graduated from Smith College with a BA in English, and received a Master of Arts in Human Development from the University of Maryland.  Fulton lives in Takoma Park, Maryland with her husband Harry Fulton and has two grown children, Rebecca and Jeffrey, and four amazing grandchildren.