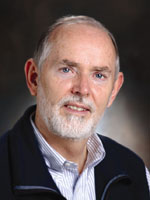 Kieran Egan is Professor of Education at Simon Fraser University in British Columbia, as well as founder and director of the Imaginative Education Research Group (www.ierg.net). He has authored and edited over twenty books, many of which have been translated into European and Asian languages. In 1991, he won the prestigious Grawemeyer Award in Education for his book, Primary Understanding: Education in Early Childhood.

Born in Clonmel, Ireland, Kieran Egan was raised and educated in England. He graduated from London University with a B.A. in History, and from Cornell University with a Ph.D. in Education. In 1993, he was elected to the Royal Society of Canada. He is a foreign associate member of the National Academy of Education and holds a Canada Research Chair in Education.
Teaching Literacy