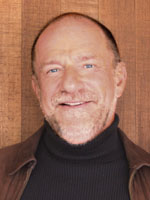 Noah benShea Noah benShea is one of North America’s most respected and beloved poet-philosophers. An international, best selling author of 22 books translated into 18 languages, Noah’s work is embraced by millions.

Noah benShea is one of North America's most respected and beloved poet-philosophers, and a source of strength to millions around the world. He is the international best selling author of 20 books translated into 18 languages, including the famed Jacob the Baker series. He has spoken and taught at the best universities; served as a Dean at UCLA, visiting lecturer at MIT and The Fuqua Graduate Business School at Duke University, guest professor of Philosophy at the University of California, San Francisco Medical School, and a Fellow at several long range think tanks including USC's Center for the Humanities, and the esteemed Center for the Study of Democratic Institutions.

If you "Google" his name you find over 25,000 websites tied to his work. Noah benShea's inspirational thoughts are branded with some of North America's largest companies, dramatically impacting the workplace, and have appeared in hospitals, banks, on sugar packets, apparel, teddy bears and on over 30 million Starbucks Coffee Cups. His weekly columns on life were published for five years by the New York Times Regional Syndicate, and nominated for the Pulitzer Prize. He has spoken at the Library of Congress, is included in the Congressional Record, been published by Oxford University Press, and theWorld Bible Society in Jerusalem.

A highly sought after public speaker, he is also a private advisor to corporate and political leaders, serves as an Ethicist for the The Sansum Diabetes Research Institute, was nominated for the Grawemeyer Award for Ideas that Improve the World Order, and in 2007 his work in Russian translation won 1st Prize at the European Intellectual Book Fair in Moscow. Noah benShea is also the Nat ional Laureate for the ALS Association.

Now you can also have inspirational quotes from Noah benShea delivered daily directly to your inbox, via twitter, or on Facebook.