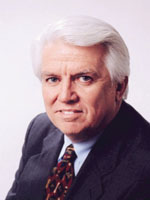 Paul D. Houston has established himself as one of the leading spokespersons for American education through his extensive speaking engagements, published articles, and his regular appearances on national radio and television. Formerly executive director of the American Association of School Administrators from 1994 to 2008, Houston has served as a teacher and building administrator in North Carolina and New Jersey. He has also served as assistant superintendent in Birmingham, Alabama, and as superintendent of schools in Princeton, NJ; Tucson, AZ; and Riverside, CA. Houston has served in an adjunct capacity for the University of North Carolina, Harvard University, Brigham Young University, and Princeton University. He has served as a consultant and speaker throughout the United States and overseas, and he has published more than 100 articles in professional journals.
Leadership for Social Justice and Democracy in Our Schools
Giving Wings to Children’s Dreams
Leadership for Family and Community Involvement
Data-Enhanced Leadership
Building Sustainable Leadership Capacity
Leaders as Communicators and Diplomats
No Challenge Left Behind
Spirituality in Educational Leadership
Sustaining Professional Learning Communities
Out-of-the-Box Leadership
Engaging EVERY Learner
The Spiritual Dimension of Leadership