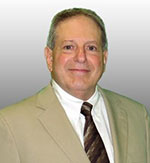 Robert L. Lovler, PhD, has over 30 years of experience working as both an internal and an external consultant to Fortune 500 companies in the areas of employee assessment and selection, organizational development, strategic human resource consulting, and training design and delivery. His career began at CBS Inc., where he served in several roles, including director of training for the retail consumer electronics unit, then moving up to vice president of two different units within the CBS Publishing Group. He is currently senior vice president of global human resources at Wilson Learning Corporation, an international consulting firm that focuses on human performance improvement. During his career, he has had the opportunity to design and implement a wide range of organizational interventions both domestically and internationally, working in Japan, China, South Korea, Hong Kong, England, and Italy. In the United States, he supervised the development and implementation of the assessment center used to select candidates for entry into the Environmental Protection Agency’s (EPA) Senior Executive Service Development Program, presenting the results in Washington, D.C., to Christine Todd Whitman, the EPA administrator. He also developed the system used to help select commercial airline pilots for a major U.S. airline and worked with former senator Warren Rudman to develop and implement a nationwide survey of sales practices in the rent-to-own industry. He has served as a testing consultant to the California Bar Association and the state of Pennsylvania, and he oversaw the development of the licensure examinations for medical physicists in the state of Texas. He has been on the faculty of the State University of New York at Farmingdale, and the adjunct faculty of Hofstra University, and the University of Central Florida. Dr. Lovler received his BA degree in psychology from the University of California, Los Angeles, and holds master’s and doctoral degrees from Hofstra University. He is a member of the APA and the Society for Industrial and Organizational Psychology.