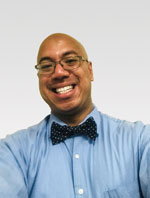 Stephen Sharp is a school counselor and Apple Certified Educator. He has worked to provide students with the knowledge and skills to be healthy and successful in the 21st century. Stephen previously worked in his school district as a technology leader, and been served on the governing boards of both his local and state school counseling associations. Stephen completed his M.Ed at Millersville University of Pennsylvania, and BA from Lycoming College.

Stephen was a contributing writer on the use of technology and career exploration in Voices from the Field, Orientation to the Counseling Profession.

Stephen Sharp is a co-founder of the Leadership Summit, a community-based social justice network to provide students the language and tools to understand and combat the many forms of oppression.

Stephen is a Nationally Certified School Suicide Prevention Specialist, and continues to work with the Commonwealth of Pennsylvania to pilot an electronic behavioral health screening for schools. He works tirelessly across the state to provide education and training on mental health, substance abuse, inequality, and a world changed by technology.