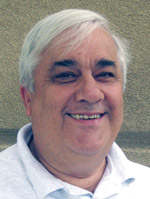 Terry Walsh has been a mathematics trainer and consultant for nearly 20 years. After retiring from math and administrative positions in two suburban Chicago high schools, In addition to developing Thoughtful Classroom strategies, Terry was one of the founding editor’s of the EightySomething! graphing calculator newsletter. He not only used the strategies in this book in his own classes, he has worked with teachers across the country to help them do the same. He has also incorporated ideas from Math Tools into a variety of Pre-AP Mathematics workshops that he has been leading for the College Board. Terry has led Pre-AP Math and Learning Styles workshops across the U.S as well as in Europe. He has presented at international, national, state, and local mathematics conferences sponsored by such organizations as NCTM, the Illinois and Colorado Councils of Teachers of Mathematics, Teachers Teaching with Technology (T3), and the metropolitan Math Club of Chicago (MMC).

After “retirement”, Terry moved to Colorado. His commitment to educating students and his love of Mathematics brought Terry back into schools—first as the Secondary Math Instructional Coach for Fort Lupton schools and then as a Principal of a secondary charter school. Terry now actively consults with both pre-service and experienced teachers throughout the country to help them incorporate effective mathematics strategies in their classes in order to increase student learning. You can contact him at: trterryw@yahoo.com.