Wendy Griswold has a background in both social science and the humanities. She received her doctorate in sociology from Harvard University in 1980 and has a master’s degree in English from Duke University. She taught at the University of Chicago from 1981 to 1997, She is the Bergen Evans Professor in the Humanities and Professor of Sociology at Northwestern University. She has been associate editor and book review editor of the American Journal of Sociology and has been on the editorial boards of Contexts, Poetics, and Acta Sociologica. She is on the Advisory Board for the Centro per lo Studio della Moda e della Produzione Culturale, Università Cattolica del Sarcro Cuore, Milan. She has received research support from the National Science Foundation, the National Endowment for the Humanities, support from the Guggenheim Foundation, the National Science American Council of Learned Societies, the Center for Advanced Studies in the Behavioral Sciences, and the European University Institute in Florence. Her research on culture has been international in scope. Her most recent book is Regionalism and the Reading Class (2008); she is currently completing a book on the WPA Federal Writers’ Project and its impact on American culture. Bearing Witness: Readers, Writers, and the Novel in Nigeria (2000), won the “Best Book” award for the Sociology of Culture section of the American Sociological Association. Her first book was on the English theater (Renaissance Revivals: City Comedy and Revenge Tragedy in the London Theatre 1576–1980 [1986]). In addition, she co-edited a book on the sociology of literature (Literature and Social Practice [1989]) and has written on the sociology of religion, specifically on conflict within churches. Her current research explores cultural regionalism; she is also studying the relationship between the Internet and reading in Africa. She has written an influential paper on sociological methods for cultural analysis (“A Methodological Framework for the Sociology of Culture,” Sociological Methodology 17 [1987]:1–35); much of her methodological thinking is incorporated in the present book.
Cultures and Societies in a Changing World 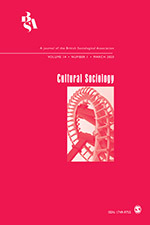