Bruce A. Arrigo University of North Carolina at Charlotte, USA

Bruce A. Arrigo, PhD, holds a joint appointment at the University of North Carolina at Charlotte (UNCC). He is Professor of Criminology, Law, and Society within the Department of Criminal Justice and Criminology and Professor of Public Policy within the College of Liberal Arts and Science’s interdisciplinary doctoral Program in Public Policy. Professor Arrigo holds an additional faculty appointment in the Department of Psychology, and in the College of Health and Human Services, he holds an appointment in the Department of Public Health Sciences. He is a faculty associate in the Center for Professional and Applied Ethics—a teaching, research, and service unit of UNCC’s Philosophy Department, a senior member of the University’s Honors College, and a faculty affiliate of Wake Forest University’s Bioethics, Health, and Society Program.

Professor Arrigo began his professional career as an outreach worker, community organizer, and social activist. His mobilization efforts extended to a number of economically disadvantaged and political disenfranchised constituency groups, including (1) the homeless and marginally housed; (2) users of (mental) health services; (3) adult and juvenile ex-offenders; (4) survivors of sexual assault; and (5) abusers of licit/illicit drugs. Professor Arrigo’s work with these constituencies culminated when he directed and implemented the social designing housing strategy for the city of Pittsburgh’s largest single room occupancy (SRO) facility, Wood St. Commons. His civic engagement in this area also included developing and managing the facility’s human welfare and social policy agenda. During his directorship (1987–1990), this agenda addressed the health, human service, and advocacy needs of the city’s underserved and nonserved citizens.

Professor Arrigo was awarded the PhD from the Pennsylvania State University in the administration of justice. He specialized in the study of law, politics and mental health policy. He has additional graduate training in law (Temple University), as well as advanced degrees in psychology (Duquesne University) and in sociology (Duquesne University). He served as founding director of the Institute of Psychology, Law, and Public Policy at the California School of Professional Psychology-Fresno (1996–2001), and as chair of the Department of Criminal Justice at the University of North Carolina at Charlotte (2001–2004).

Professor Arrigo’s research and scholarship is interdisciplinary in its scope, and it is pertinent to a wide range of public interest controversies at the intersection of human justice and social welfare. More specifically, he relies upon normative, doctrinal, and/or qualitative methods of inquiry to investigate enduring problems or emerging issues in (1) law, health, and politics; (2) theory, culture, and society; and (3) disorder, crime, and punishment. His exploration of these problems and issues extends from the interpersonal to the global and from the transpersonal to the transnational, resulting in more than 200 peer-reviewed journal articles, law reviews, chapters in books, and academic essays. He is also the (co)author or (co)editor of 25 titles, published or in press. Recent monographs include Revolution in Penology: Rethinking The Society of Captives (Rowman & Littlefield, 2009), and The Ethics of Total Confinement: A Critique of Madness, Citizenship, and Social Justice (Oxford University Press, 2011). Recent textbooks and/or reference works include Introduction to Forensic Psychology 3rd ed. (Elsevier, 2012), and The Encyclopedia of Criminal Justice Ethics, Vol., 1-2 (Sage, 2014). Recent Journal Special Issues include Critical Criminology as Academic Activism: On Praxis and Pedagogy, Resistance and Revolution, Critical Criminology: An International Journal (Springer, 2016), and (with L. Davidson), What’s “Good” About Public Sector Mental Health?: Social Justice Policy Responses and Reforms, Behavioral Sciences and The Law (John Wiley & sons, 2017).

Professor Arrigo was the editor-in-chief of the peer-reviewed sociological quarterly Humanity & Society (1996–2000); is founding and current editor-in-chief of the peer-reviewed behavioral science publication Journal of Forensic Psychology Research and Practice (2000–present); and serves on the editorial or advisory boards of several (inter)national periodicals relevant to the disciplines of sociology/criminology, law/legal studies, psychiatry/psychology, and social/public policy. Professor Arrigo was the founding book series editor for Criminal Justice and Psychology (Carolina Academic Press) and for Critical Perspectives in Criminology (University of Illinois Press). He is also the lead coauthor of The New Penology: Outline for a Theory of Mind, Subjectivity, and Power (in preparation).

Professor Arrigo is the recipient of numerous professional awards and/or recognitions, and these honors are indicative of his prominence as a cross-disciplinary and multidisciplinary educator. Examples include (1) elected fellow, American Psychological Association (Div. 41, Law and Psychology) and elected fellow, Academy of Criminal Justice Sciences; (2) Lifetime Achievement Award, Society for the Study of Social Problems (Div. on Crime and Juvenile Delinquency) and Lifetime Achievement Award, American Society of Criminology (Div. on Critical Criminology and Social Justice); and (3) the Joseph B. Gittler Award, Society for the Study of Social Problems (for significant scholarly achievements addressing the ethical resolution of social problems), and Outstanding Educator, Southern Criminal Justice Association.

Dr. Arrigo has been a (co)principal investigator for a number of public, private, and corporate grants and contracts totaling approximately $3,000,000. Sources of funding support have included the Departments of HUD and FEMA, the Office of Criminal Justice Planning (CA), and the William Penn Foundation (PA). He has served as a consultant to various organizations and institutions including the Correctional Service of Canada, the National Institute of Justice, the Florida Psychological Association, the National Science Foundation, and Savant Learning Systems. These consultancies have emphasized progressive public affairs policy and practice, evidenced-based research and programming, and citizenship-oriented education and training. 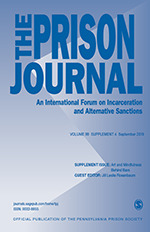 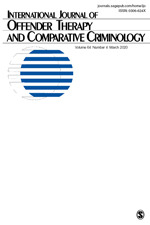