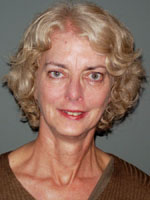 Christine Finnan holds a joint position as an associate professor in the Foundations, Secondary, and Special Education Department and the Anthropology Department at the College of Charleston in Charleston, SC. Prior to assuming this position, she was an associate professor in the Early Childhood, Elementary, and Middle Grades Department. In this capacity, she helped develop curriculum for a BS in elementary education, preparing graduates to work in second- to sixth-grade classrooms.

Since 1990, Finnan has been involved in school reform initiatives, particularly the Accelerated Schools Project and more recently Partners for Acceleration. Using her anthropological lens, she examines the interplay between school and classroom culture and reform models. She works closely with teachers, observing in classrooms and providing professional development.

Finnan coauthored Accelerating the Learning of All Children: Cultivating School, Classroom and Individual Change (Westview Press, 2000) with Julie D. Swanson and co-edited Accelerated Schools in Action: Lessons from the Field (Corwin Press, 1996) with Ed St. John, Jane McCarthy, and Simeon Slovacek and has published extensively in edited volumes and journals.

Finnan’s joint appointment reflects her academic training and scholarship. She became interested in studying education through her research on children’s play and folklore. She completed a Master of Arts degree from University of Texas, Austin in anthropology and folklore. Her research focused on the study of third-grade children’s spontaneous play. Finnan completed a PhD in education at Stanford University in 1980, focusing on anthropology and education. While at Stanford, she continued to study children’s play, examining how Vietnamese refugee children used play to assimilate into a new culture.