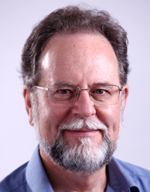 Gerard Guthrie has been Managing Director of Guthrie Development Consultancy Pty Ltd., Canberra since 2004. He is a Doctor of Philosophy in Education. An educationalist with around 40 years of experience, his career has had two main parts: one as an academic, and the other as a governmental aid official. He has worked in universities, aid management and aid consultancy in Asia, Africa and the South Pacific, particularly China and Papua New Guinea, and also, briefly, in Bangladesh, Bhutan, Botswana, Indonesia, Japan, Kenya, Malaysia, Mauritius, Nepal, Tanzania, Zambia and Zimbabwe.

Dr Guthrie has a background in development theory and practice and in social science research. He has postgraduate degrees in geography, social science and education, with over 180 publications and papers to his name. His own research has included major projects on migration, teacher education and crime victimisation, as well as aid activity design and evaluation. His publications include: Cherbourg: A Queensland Aboriginal Reserve (1977); Mt. Hagen Community Crime Survey, 2006, co-authored with F. Hukula and J. Laki (2007); Urban Crime Victimisation in Papua New Guinea, 2004–2008: A Synthesis (2008); and The Progressive Education Fallacy in Developing Countries: In Favour of Formalism (2010).