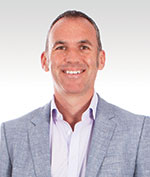 James Nottingham is co-founder and director of Challenging Learning, a group of companies with 30 employees in 6 countries. His passion is in transforming the most up-to-date research into strategies that really work in the classroom. He is regarded by many as one of the most engaging, thought-provoking and inspirational speakers in education.

His first book, Challenging Learning, was published in 2010 and has received widespread critical acclaim. Since then, he has written 6 books for teachers, leaders, support staff, and parents. These books share the best research and practice connected with learning; dialogue; feedback; the learning pit; early years education; and growth mindset.

Before training to be a teacher, James worked on a pig farm, in the chemical industry, for the American Red Cross, and as a teaching assistant in a school for deaf children. At university, he gained a first-class honours degree in education (a major turnaround after having failed miserably at school). He then worked as a teacher and leader in primary and secondary schools in the UK before co-founding an award-winning, multi-million-pound regeneration project supporting education, public and voluntary organisations across north east England.

Skolvärlden (Swedish Teaching Union) describes James as “one of the most talked about names in the world of school development” and the Observer newspaper in the UK listed him among the Future 500 - a “definitive list of the UK's most forward-thinking and brightest innovators.”