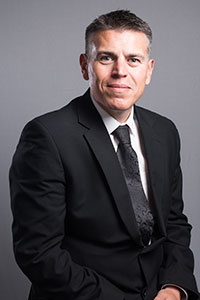 Dr Lee Hadlington has been a Senior Lecturer at De Montfort University since 2006 after completing his PhD at Wolverhampton University. Originally coming from a background in applied cognitive psychology, he has developed a research profile in the area of Cyberpsychology. His main focus of interest is exploring the way in which humans use cognition in the online environment as well as the potential for digital technology to change the underlying processes that we use in daily life. Associated with his work in the area of Cyberpsychology is a keen interest in exploring key aspects of technology-enabled crime. He has also worked extensively with a variety of external organisations in exploring aspects of insider threat, susceptibility to cybercrime and attitudes towards cybersecurity. The aim of this research is to help identify potential indicators that could highlight a susceptibility to cybercrime alongside an examination of how individual differences play a role in risky online behaviours.

He also attempts to hide his mild Haribo ™ addiction from his co-workers on a daily basis and also has a 14 year old cat that still believes she is a kitten. When not trapped behind a desk or teaching his lovely students he likes nothing better than to throw himself around various forest trails on his trusty mountain bike, much to the annoyance of dog walkers, ramblers and his army of minions that have to wash his bike/clothes.