The author of this book, Tan Chung, is a typical “Chindian” in both metaphoric and real sense. Born in Malaysia in 1929, his nine decades long life can be divided according to the Indian ashrama life stages into the brahmacharya (celibate student) phase from 1930 to 1954 living in China, the grihastha (householder) phase from 1955 to 1999 living in India, and the sannyasa (wandering recluse) phase from 1999 to date living in the United States. His body chemicals were built by Chinese air, water, and food, and his brain cells were climatized by the environment of Chinese culture. He was a witness of the birth of a new China as well as the “ancien regime” overthrown by it. His celebrated father, Tan Yun-shan, was welcomed by Gurudeva Rabindranath Tagore at Santiniketan in India as an emissary of Chinese civilization. Tan Chung’s arrival at Santiniketan in 1955 began the gradual process of stepping into the shoes of his father. He started his career as a Chinese instructor at the National Defence Academy at Khadakvasla in 1958 and some of his pupils of the 15th, 16th and 17th courses retired in the general’s rank in the Indian defence forces. He continued his chalk-consuming career until he retired from Jawaharlal Nehru University in 1994 with a seven-year stint as the Head of Chinese Studies in Delhi University in between. Many of his students have affectionately regarded him as a father figure. In 2010, he received the Indian civil award Padma Bhushan from Indian President Pratibha Patil and also the award of outstanding contribution to China–India friendship from Chinese Premier Wen Jiabao in New Delhi. In 2013, he was conferred the honorary degree of Deshikottama by Visva-Bharati University. He was also the recipient of the award for “outstanding contribution to China studies” at the 6th World Forum of China Studies in Shanghai in 2015. That Forum generated the inspiration and energy for the production of this Odyssey 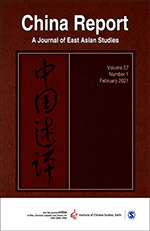