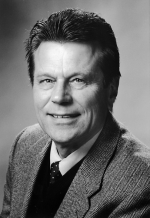 Dr. Boruch is an elected fellow of the American Academy of Arts and Sciences, the Academy for Experimental Criminology, the American Educational Research Association, and the American Statistical Association. He has been a senior fellow at the Center for Advanced Studies in the Behavioral Sciences (Stanford) and at the Rockefeller Foundation’s Bellagio Study Center and a visiting fellow at research centers in Berlin, Mannheim, and Munich. He has also received awards for his work from the American Educational Research Association, the Policy Sciences Organization, the American Evaluation Association, and the international Campbell Collaboration. The Campbell Collaboration has named an award in his honor for individuals who contribute to the use of better evidence in policy.
Place Randomized Trials
Randomized Experiments for Planning and Evaluation