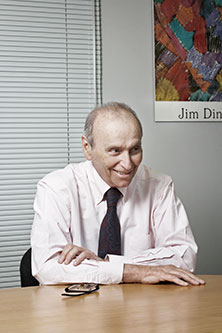 We were very sorry to hear that Sir Roger Jowell passed away over Christmas. Roger was the Founder and Director of the National Centre for Social Research, Britain’s largest social research institute until 2001, and in 2008 was knighted for his services to the social sciences. We were very privileged to have worked with Roger as an author and friend for many years, most notably on one of his legacy works, the British Social Attitudes report series. In 1983 when it first launched, it was already a significant undertaking, surveying 1700 people in its first year. In an era where surveys were ad hoc and sporadic, work like this made it clear how important tracking opinion and trends over time would be. Writing in that first edition, Roger wrote: “The term ‘public opinion’ is in itself misleading. Our data demonstrate that on nearly all social issues there are actually several publics and many opinions.” Published by SAGE since 2000 it is now in its 28th volume and continues to be just as challenging, and as important. Roger was also co-founder and Director of the European Social Survey (ESS), a 34-nation comparative study of changing social values throughout Europe. We published the initial book of methods and findings: Measuring Attitudes Cross-Nationally: Lessons from the European Social Survey in 2007. A key figure for the social sciences he was also, simply, an extremely nice man and a pleasure to work with. He will be greatly missed.
Attitude Measurement
Measuring Attitudes Cross-Nationally
British Social Attitudes