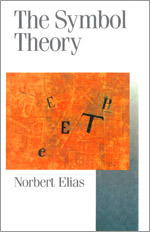 Share
Series:
Published in association with Theory, Culture & Society
September 1991 | 176 pages | SAGE Publications Ltd
Download flyer
edited with an Introduction by RICHARD KILMINSTER, University of Leeds "It transcends conventional disciplinary boundaries--between the life sciences and the social sciences, as well as between empirical science and philosophy. . . . He displays a great sensitivity for language, both as an object of study and as a means of thought and expression. . . . [A] most ambitious book. . . . Few readers will fail to be impressed by the breadth of vision and the clarity of expression. For many, the book may supply a welcome, undogmatic antidote to skepticism." --Contemporary Sociology Norbert Elias, one of the prominent figures in international sociology and social science, draws together three central themes in The Symbol Theory. At the first level, Elias introduces symbols in relation to language, knowledge, and thought. He presents a fresh glance into areas of inquiry normally associated with cultural anthropology and semiology. Second, Elias focuses on symbols that are also tangible sound-patterns of communication. And finally at level three, he addresses theoretical issues about the ontological status of knowledge, moving beyond traditional philosophical dualisms such as subject/object and idealism/materialism. The Symbol Theory extends Elias' theoretical ideas into the boundaries of cultural and physical anthropology on one side and evolutionary biology on the other. In addition, he demonstrates the potential of sociology as a unifying human science which pulls in data from various disciplines--history, psychology, economics, political science, and anthropology. Though Elias is primarily a sociologist, his work is known across all the social sciences. This volume is essential reading for all those who have followed his earlier work and to students and professors of social theory, communication, sociology, anthropology, and general social science.
Richard Kilminster
Introduction to Elias' work
Norbert Elias
Introduction to The Symbol Theory
The Symbol Theory

`Elias' work is intriguing and has the capacity to stimulate sociologists...The subject matter of The Symbol Theory is both expansive and deep' - Journal of Applied Rehabilitation Counselling

`Readers will be well rewarded. In its attempt at a grand synthesis The Symbol Theory moves way beyond sociology in any strict sense...Few readers will fail to be impressed by the breadth of vision and the clarity of expression. For many, the book may supply a welcome, undogmatic antidote to skepticism' - Contemporary Sociology

Thorstein Veblen on Culture and Society