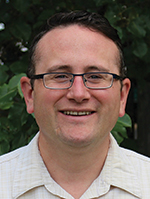 Dr. Spike C. Cook is currently serving in a leadership position as the Principal of RM Bacon Elementary for the Millville Public School District located in the City of Millville, New Jersey. He joined RM Bacon staff in April of 2011. Since that time, he has been influential in increasing technology use with students and teachers, reorganized the Basic Skills Program, and worked on improving the climate and culture of the building.

He began his educational career in 1999 and has worked in higher education, middle school and elementary school. Dr. Cook has served as a counselor, teacher, adjunct professor, Executive Director, vice principal, guidance director and principal. His blog “Insights Into Learning” received a nomination for the Best Administrator Blog by Edublogs.

Dr. Cook has presented at numerous state and local conferences. In addition, he has presented at the 2012 ASCD Texas in Dallas, 2013 ASCD National Conference in Chicago, and the 2013 National Association for Elementary School Principals in Baltimore. He was the keynote speaker at the Millville Public Schools Opening Day for over 1,200 staff. Dr. Cook was one of the featured “connected educators” in the 2014 Corwin Press book, “Digital Leadership” by Eric Sheninger.

Breaking Out of Isolation
Connected Leadership