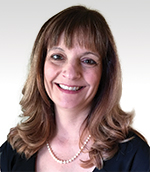 Susan M. Bearden is the Director of Information Technology at Holy Trinity Episcopal Academy in Melbourne, FL. A former teacher, she frequently presents about social media, education technology, and digital citizenship at national and state conferences including ISTE, FETC, CoSN, Miami Device, and the Digital Citizenship Summit. In 2015 she was named to the Center for Digital Education's list of "Top 30 Technologists, Transformers and Trailblazers" and received the "Making IT Happen" Award from the Florida Society for Technology in Education.  In 2014, she received the Bammy Award for School Technologist of the Year and was a finalist in the education talk show host category.

Bearden co-founded and moderates the #edtechchat and #digcit (Digital Citizenship) Twitter chats, which are weekly online discussions about Education Technology and Digital Citizenship. She is a regular contributor to the popular EdTechChat Radio broadcast for the BAM Radio Network (www.bamradionetwork.com/edtechchat). A popular guest blogger, she has written for a variety of online publications including the Huffington Post, SmartBrief on Education, and Edsurge, and was named as one of Common Sense Media's Favorite Digital Citizenship Bloggers to follow in 2014.  Inspired by her experiences with Twitter, she developed Tweechme, a mobile app specifically designed to teach educators how to build Personal Learning Networks on Twitter. Connect with her on Twitter @s_bearden and @Tweechmeapp or at www.susanmbearden.com.